Stay fit to fight the virus. That was the message last year, and while I put a few thousand meters on the Concept2 Rower, I was going to need a lot more to make up for my sedentary work from home lifestyle.

Running would get me out of the house and put some fresh air in my lungs, but I wouldn’t call myself a runner, and so I needed some encouragement to get started.

That’s when I discovered the NURVV Run. 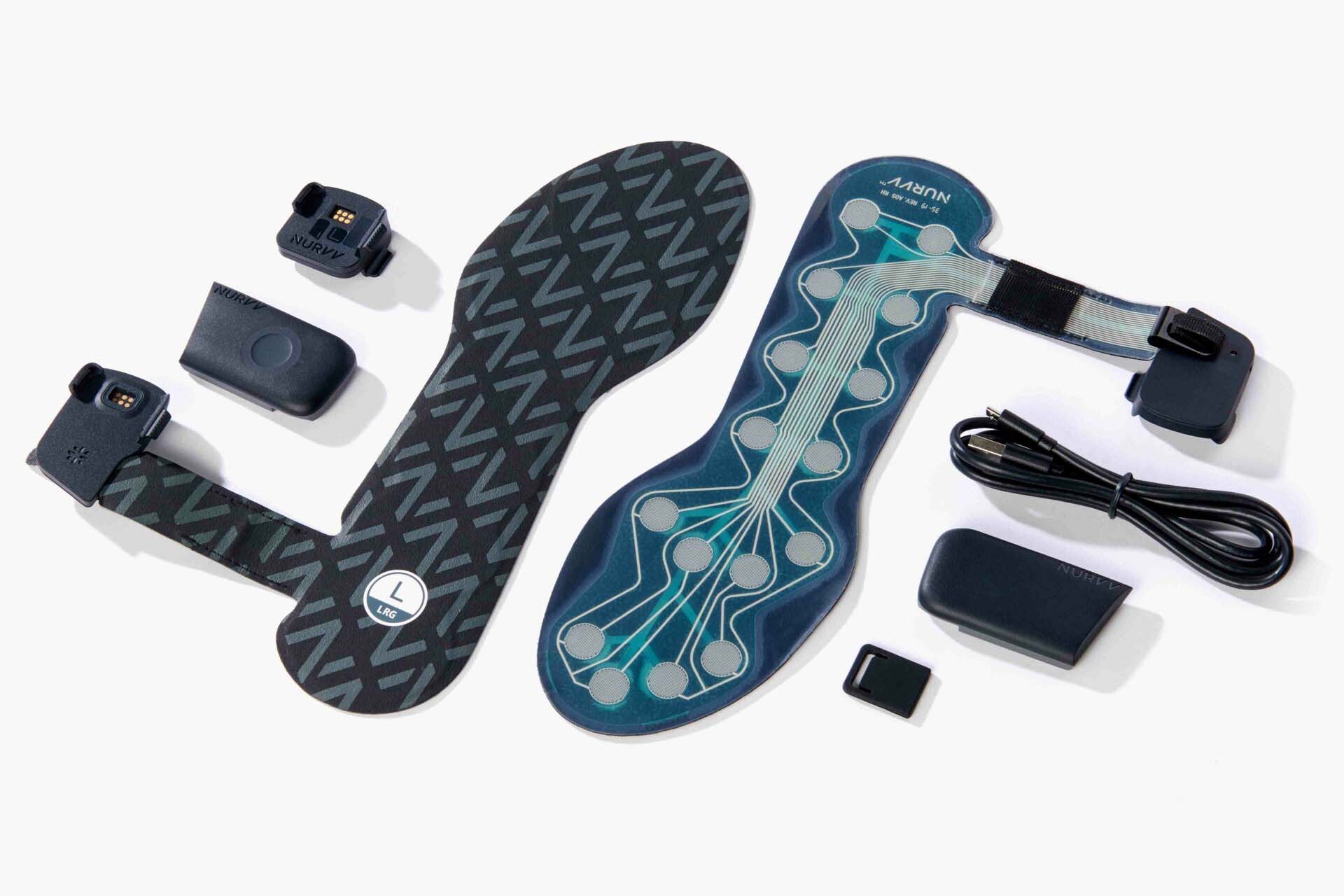 The NURVV Run is an all in one running coach on your phone.

It records every aspect of your steps through some high-tech insoles and gps trackers, while integrating with a variety of heart rate monitors, like my Polar H10.

I watched several reviews on YouTube before I bought them (they’re expensive). I convinced myself that the injury prevention features alone would justify the spend. Health comes first, right!

An Amazon order later and I had them unboxed and turned on when the app on my phone asked me to charge them for the first time.

This set me back a few minutes as my all in one surge protector / USB charger let me down. The USB on the laptop worked, so while I waited for them to charge, I replaced my old charger with an Anker one.

Fitting the insoles was a bit fiddly, what with the velcro grabbing everything it touched, but once fitted the trackers clip on easily, even during pitch black mornings.

Removing the trackers, however, requires superhuman strength. Just this morning, I nearly broke my thumb while trying to pry them off my shoes (the power button is on the underside). There’s no chance of them falling off, that’s for sure.

With the app installed, heart rate monitor paired, and the trackers fitted, I was ready to go on my first run.

I tapped the test your sensors button to watch the real-time feedback. Rocking back and forth on your heels, you get a feel for how responsive the sensors are - 1000 samples per second!

The stats from my first run were encouraging, and the app was immediately suggesting potential improvements in footstrike and pronation.

I sound like I know what I’m talking about, but I didn’t know what pronation was until the app explained it.

It took another 4 runs before the running health and summary pages populated, and I got a feel for how I was doing. It’s clear that the more you run, the more accurate the recommendations are.

Now I know what you are thinking. This is not a sales pitch. Where are the gripes?

Well, it takes about 30 seconds for the trackers to get a GPS signal. I learned from several YouTube reviews to turn them on a few minutes before you leave the house, but that’s not always 100% successful.

For instance, I had one run last week where no GPS recorded. The support team was fast to respond and said an app update was imminent.

Syncing with Strava works well, but every run has “NURVV” in the title (Stealth advertising). I also have to manually edit the activity just to select my shoes after each run, something that NURVV is aware of.

So are they worth the money? Time will tell, but one thing is for sure: I’m now running several times a week, and even when I’m not using the app, I’m subconsciously thinking about my running form. That has to be a good thing, right?

Update: NURVV just dropped a free upgrade that adds Running Power to the trackers. I need to do a 10 minute power test to determine my threshold before I can use it, so now I have something to look forward to for the weekend!

A review of the book - Hacking the Hacker. Think Masterminds of Programming but for the security field!